The device helps to prevent blood clots from forming and leaving the LAA, reducing the risk of stroke in patients with atrial fibrillation 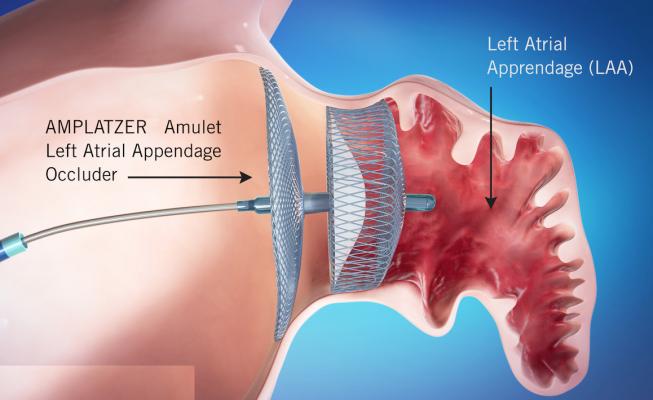 August 16, 2021 — The U.S. Food and Drug Administration (FDA) approved Abbott's Amplatzer Amulet Left Atrial Appendage (LAA) Occluder to treat people with atrial fibrillation (AFib) who are at risk of ischemic stroke. It is the second transcatheter LAA occluder to be cleared on the U.S. market, adding a competitor for the Boston Scientific Watchman.

The device offers immediate, transcatheter closure of the LAA, an area where blood clots can form in people suffering from AFib. This helps reduce their risk of stroke and immediately eliminating the need for blood-thinning medication.

The LAA is a small pouch connected to the upper left chamber of the heart. For people with AFib, the most common of the persistent arrhythmias, the heart's ability to effectively pump blood can be disrupted, allowing blood to pool and collect in the LAA causing an increased risk for clotting. If clots reach the blood stream, they can travel to the brain and cause a stroke. For patients with AFib who are unable to take blood-thinning medication long term, physicians may opt for occlusion (or closure) of the LAA through a minimally invasive procedure using devices like Abbott's Amulet to seal off the LAA entirely and reduce the risk of stroke.

"As the world's population continues to age, we're seeing a surge in atrial fibrillation cases, and with that comes increased risk of stroke," said Dhanunjaya Lakkireddy, M.D., Kansas City Heart Rhythm Institute at HCA Midwest Health, who served as principal investigator for the study that led to FDA approval. "The approval of Abbott's Amulet device provides physicians with a treatment option that reduces the risk of stroke and eliminates the need for blood-thinning medication immediately after the procedure, which is incredibly valuable given the bleeding risks associated with these medicines." 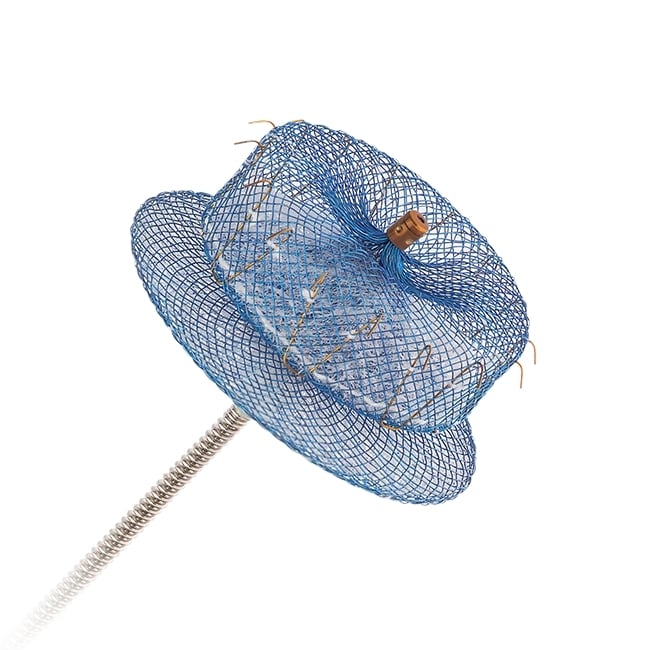 Before this approval, the only minimally invasive option for LAA occlusion for U.S. physicians and their patients was a solution with a single component to seal the LAA that requires blood-thinning drugs to heal and additional patient monitoring to ensure closure. In contrast, Abbott's Amulet uses dual-seal technology to completely and immediately seal the LAA. Amulet recipients do not need to use blood-thinning medication following the procedure. Additionally, the device can treat a broad range of anatomies and has the widest range of occluder sizes on the market; it is also recapturable and repositionable to ensure optimal placement.

"Amulet's unique dual-seal approach has made it the number one LAA closure product in Europe, so today's device approval by the FDA is an important milestone in allowing us to bring this treatment option to American physicians and patients," said Michael Dale, senior vice president of Abbott's structural heart business. "Consistent with our mission purpose, our minimally invasive Amulet procedure for reducing stroke risk in patients with atrial fibrillation will help people live better lives through better health."

The Amplatzer Amulet LAA Occluder has been approved for use in more than 80 countries, including in Europe, Canada and Australia, since its initial CE mark approval in 2013. The FDA approval is supported by findings from the Amulet IDE trial, a large-scale randomized head-to-head study comparing Amulet with an alternative minimally invasive LAA occlusion device, which will be virtually presented at the European Society of Cardiology (ESC) 2021 Congress on Aug. 30, 2021.