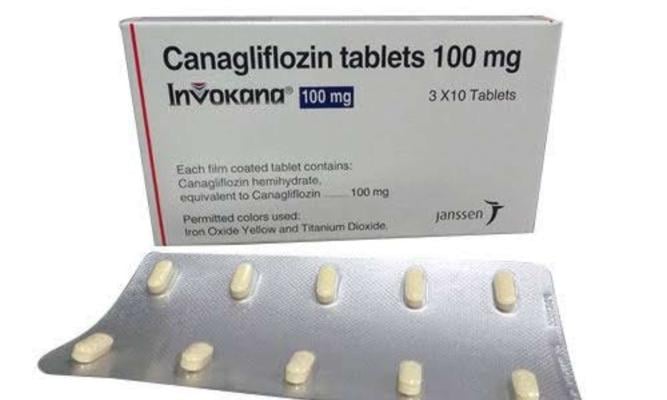 November 17, 2021 — Canagliflozin, a medication used to treat type 2 diabetes, was found to greatly improve symptoms and quality of life within 3 months for people with heart failure due to either reduced or preserved cardiac function, even if they didn’t also have type 2 diabetes, according to the late-breaking CHIEF-HF study presented at the American Heart Association’s Scientific Sessions 2021.

More than 6 million Americans are estimated to have heart failure, which occurs when the heart isn’t able to meet the body’s need for blood and oxygen. Symptoms of heart failure include shortness of breath, tiredness and swelling in the feet and legs. A class of medications initially developed to treat Type 2 diabetes, called sodium-glucose co-transporter 2 (SGLT2) inhibitors, have recently been found to help improve survival and decrease hospitalization rates among adults with heart failure.

The primary goal of the “Canagliflozin: Impact on Health Status, Quality of Life and Functional Status in Heart Failure (CHIEF-HF)” trial was to examine whether canagliflozin could improve symptoms, function and quality of life for patients with heart failure with either reduced or preserved ejection fraction.

The study was a randomized placebo-controlled trial, and participants were able to complete the trial without any face-to-face visits by utilizing the self-report Kansas City Cardiomyopathy Questionnaire (KCCQ) administered on a smart phone.

“We did not know if a completely ‘virtual’ clinical trial, especially one where randomized treatment was delivered to participants and the outcomes were collected through a smartphone app, could work,” says John A. Spertus, M.D., M.P.H., the study’s lead author and professor and Daniel J. Lauer Endowed chair in metabolism and vascular disease research at the University of Missouri-Kansas City School of Medicine. “Demonstrating the success of a decentralized clinical trial opens opportunities for applying this approach to the testing of other cardiovascular therapies that focus on health status.”

To determine whether canagliflozin improved symptoms in people with heart failure, researchers used the KCCQ, a 23-item self-administered survey to measure patients’ perception of their health status. The Total Symptom Score of the KCCQ converts participants’ descriptions of their symptoms (e.g., fatigue, swelling or shortness of breath) from zero, indicating the most frequent and bothersome symptoms, to 100 (indicating no symptoms for the past two weeks).

“These findings, together with the results of other SGLT2 inhibitor trials, are transformational and should have a significant impact on care,” says Spertus. “The impact of this class of medicines on patients’ function and quality of life is larger than many other medications used to treat heart failure, and they are very safe. Since improvement in health status is such a key goal for many patients, these findings support increasing the use of SGLT2 inhibitors for people with heart failure.”

Researchers believe the success of the study through a virtual approach models a new approach to conducting clinical trials, and also suggests that SGLT2 inhibitor medications could potentially be prescribed through telemedicine care. The researchers suggest further research into ways to recognize, treat and monitor the health status of patients with heart failure in routine clinical care so more patients may benefit.

According to the researchers, limitations to the study include a relatively small sample size and an inability to collect detailed biochemical and imaging data due to the virtual, site-less nature of the trial.

The study was funded by Janssen Scientific Affairs LLC.