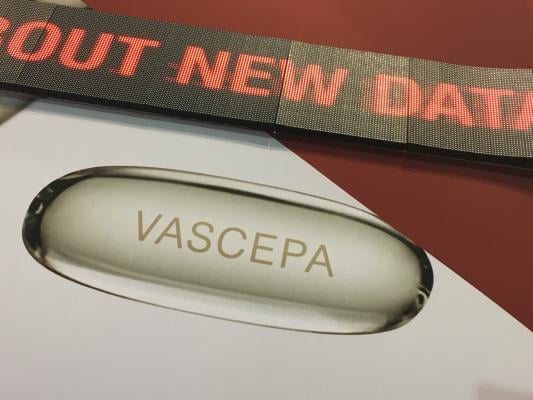 “Prior therapies aimed at patients with elevated triglycerides have not demonstrated a consistent benefit in reducing coronary revascularization,” said Benjamin Peterson, M.D., interventional cardiology fellow at Brigham and Women’s Hospital Heart and Vascular Center and Harvard Medical School, and lead author of the REDUCE-IT REVASC analyses. “We were able to show that treating patients with icosapent ethyl who have elevated triglycerides on statin therapy, and who also have either cardiovascular disease or diabetes plus cardiovascular risk factors, resulted in a significant reduction in revascularization, including coronary stenting and cardiac bypass surgery.”

Peterson stated that earlier REDUCE-IT analyses suggested that such cardiovascular benefits with icosapent ethyl were not substantially impacted by baseline triglyceride levels or on-study triglyceride reductions.

The study investigators stated that they are not are aware of any other non-LDL based therapy that has been shown to reduce CABG in a blinded, randomized trial and concluded that many patients who are treated with stents qualify for treatment with icosapent ethyl. Screening for eligibility and starting treatment among patients who undergo cardiac stenting either at the time of the initial procedure or during follow-up could result in a large reduction in the need for repeat cardiac stenting or bypass surgery.