A study being presented at the 2019 Scientific Sessions of the American Heart Association finds that patients with heart failure have a 4.8 percent risk of death while in the hospital immediately following surgery compared with a 0.8 percent risk for those without the disease 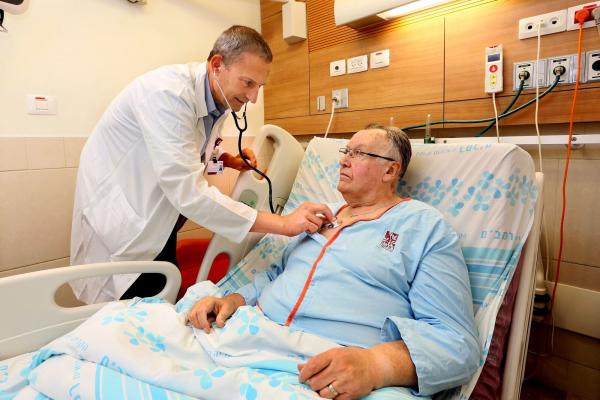 November 14, 2019 — More than a million Americans face a doubling in their risk of death during or while recovering from surgery because they suffer from heart failure, a new study shows.

The study, being presented at the 2019 Scientific Sessions of the American Heart Association on Nov. 16 in Philadelphia, found that patients with heart failure have a 4.8 percent risk of death while in the hospital immediately following surgery compared with a 0.8 percent risk for those without the disease.

While those with heart failure were older and generally sicker than those without, researchers say, it still amounted to a 2.2 times greater risk of death after surgery.

Researchers say the study is the first national analysis of the link between death among men and women undergoing orthopedic, abdominal or other non-heart-related surgeries and heart failure, a condition in which the heart has trouble pumping blood to the body’s organs.

According to the Centers for Disease Control and Prevention, more than 6 million Americans suffer from heart failure. Researchers from NYU Grossman School of Medicine who led the study say people with heart failure are known to be at higher risk of death while hospitalized, from pneumonia or blood clots in the lungs, and particularly just before, during or soon after surgery (perioperative).

“Our study highlights the need for physicians to take a close look at a patient’s medical history for signs and symptoms of heart failure before any elective surgery,” says study senior investigator Jeffrey Berger, MD, an associate professor in the Leon H. Charney Division of Cardiology and the Department of Surgery at NYU Langone Health. “And when heart failure is found, patients should consult a cardiologist to manage their risks before going into the operating room,” he adds.

For the study, investigators analyzed patient records from the National Inpatient Sample database of more than 21 million hospitalized patients from 2012 to 2014. The analysis included men and women from all 50 states. The average age of those with heart failure was 72, while those without were much younger, at 54.

Berger cautions that even with good professional support, people with chronic heart failure may still experience symptoms and higher-than-normal risk of death during and after surgery.

“The good news is that in some cases, surgical risk associated with heart failure can be reduced,” says study investigator Nathaniel Smilowitz, MD, an assistant professor in the Leon H. Charney Division of Cardiology at NYU Langone. “Patients can work with their doctors to improve their heart health before surgery, and surgeons and anesthesiologists can take precautions during surgery to minimize the risk.”

Smilowitz says medications and diets low in salt can help eliminate excess water weight and help reduce the risk of complications. Too much water weight, he notes, can place significant stress on the heart during and after surgery.

Patients with heart failure, Smilowitz says, also need to be closely monitored during surgery and while they recover in hospital. Still, he says, some patients may need to delay their surgery until their heart failure is adequately treated, while others with more severe disease may choose to postpone their surgery indefinitely.

Researchers say more testing of perioperative interventions is needed in patients with heart failure to speed recovery and prevent deaths after surgery.

In addition to Berger and Smilowitz, another NYU Langone researcher involved in the study is Darcy Banco, MD, MPH. The study was funded by NYU Langone Health.