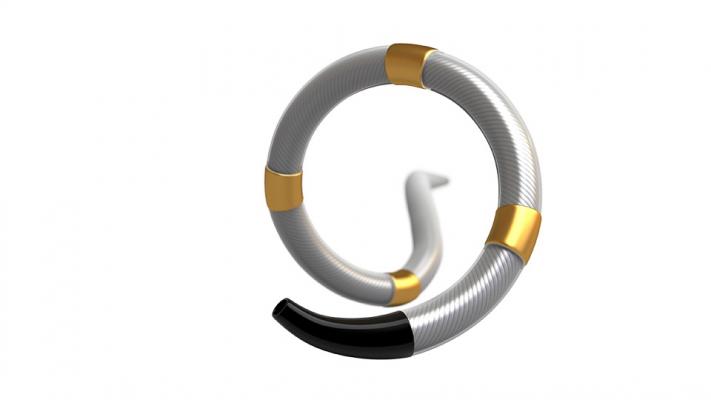 April 16, 2018 — Medtronic plc announced U.S. Food and Drug Administration (FDA) approval to begin an investigational device exemption (IDE) pivotal trial to evaluate the Symplicity Spyral renal denervation system in patients with high blood pressure (hypertension). Renal denervation is a minimally invasive procedure intended to regulate the activity of nerves that lead to and from the kidney, which plays an important role in managing blood pressure. The SPYRAL HTN Pivotal Trial is part of the broader SPYRAL HTN Global Clinical Program, a multi-phased clinical study strategy aimed to establish the safety and efficacy of renal denervation to lower blood pressure.

"We are entering a new era for blood pressure control with data from a rigorous sham controlled trial showing that renal denervation significantly lowered blood pressure in the absence of antihypertension medications,” said David Kandzari, M.D., director of interventional cardiology and chief scientific officer, Piedmont Heart Institute in Atlanta, Ga., and principal investigator in the study.

Watch the VIDEO “Stents, Bypass Surgery Have Equal Outcomes in EXCEL Trial,” an interview with Kandzari at TCT 2016

Hypertension is the single largest contributor to cardiovascular death; it dramatically increases risk of heart attack, stroke, heart failure and kidney failure. The annual direct costs of hypertension are estimated at $500 billion worldwide. It is estimated that almost 20 percent of patients are completely non-adherent to oral medications while nearly half are partially non-adherent, highlighting the need for alternative treatment options.

“We understand the renal denervation procedure much better than we did just a few years ago, and our growing body of clinical evidence strongly suggests that this unique procedure can positively impact patients with high blood pressure,” said Raymond Townsend, M.D., director of the Hypertension Program at the Hospital of the University of Pennsylvania, a professor of medicine in the Perelman School of Medicine at the University of Pennsylvania, and co-principal investigator in the trial. Townsend is a member of the Medtronic Executive Committee that designed and oversees the SPYRAL HTN Global Clinical Program.

The SPYRAL HTN Pivotal Trial is a 1:1 randomized, sham-controlled study to investigate the renal denervation procedure in up to 433 patients at 50 sites in the U.S., Europe, Australia and Japan. The trial will investigate the blood pressure lowering effect and safety of renal denervation in the absence of medication. The primary efficacy and safety endpoints in the trial are 24-hour blood pressure at three months and incidence of major adverse events through one-month post-randomization.

New data from the first 80 patients enrolled in the prospective, randomized, sham-controlled SPYRAL HTN-ON MED trial will be presented during the late-breaking clinical trial session at the EuroPCR meeting, May 22-25 in Paris, France. Results from the SPYRAL HTN-OFF MED trial will also be presented at EuroPCR. This latest phase of the SPYRAL HTN Global Clinical Program will report the initial safety and efficacy of renal denervation six months following the procedure in patients with uncontrolled hypertension despite ongoing drug therapy.

Approved for commercial use in more than 50 countries around the world, the Symplicity Spyral system is limited to investigational use in the United States and Japan.