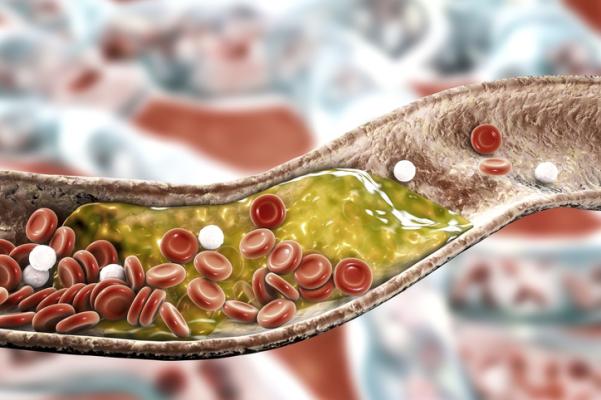 August 15, 2022 —  Researchers at Ochsner Health and Tulane University School of Medicine have identified the genes that become active in carotid arteries when plaque rupture causes a stroke. The work, published in Scientific Reports, was made possible by acquiring samples closer to the time of the stroke than previously possible. The results provide a picture of what the cells in the plaque are doing near the moment they induce a stroke.

Cardiovascular disease is the leading cause of death globally, responsible for an estimated 17.9 million deaths annually and is often the result of plaques that build up in the arteries. When these plaques burst, they can release material into the bloodstream that blocks oxygen from reaching the heart or brain. There is no way to determine precisely when a plaque will rupture.

Previous studies have relied on carotid artery samples obtained after the patient’s death or months after the stroke or heart attack. This either limits the information that can be obtained or misses events that occur only at the time of rupture. For the first time, the current study sequenced the RNAs in plaques from patients who had experienced a stroke within two to five days. In doing so, the team created a picture of the RNAs active closer to the time of rupture than previously possible.

The investigators found that plaques that rupture have increased inflammation coupled with processes that would cause the loss of a portion of the plaque that protects against rupture, known as the fibrous cap. Surprisingly, the researchers found that ruptured plaques had increased B-cell markers, a white blood cell whose role in plaque rupture has not previously been appreciated.

Carotid artery blockage is a common cause of some ischemic strokes, which happens when the blood supply to part of the brain is interrupted, preventing brain tissue from getting necessary oxygen and nutrients. Because the mechanisms that lead to some strokes and most heart attacks involve the same plaque rupture events, these findings also have implications for heart disease.

Study senior author Cooper Woods, PhD, Associate Professor of Physiology and Medicine at Tulane University School of Medicine, emphasizes, “Identifying the genes that promote this thinning gives us new targets for therapeutics and diagnostics to prevent heart attacks and strokes.”

To learn more about the Endowed John Ochsner Professorship in Cardiovascular innovation: https://research.ochsner.org/research-announcements/2021/johvi