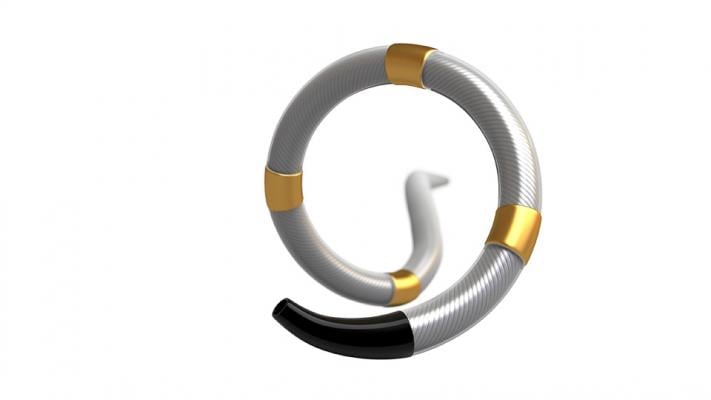 The Late-Breaking Trial data was published simultaneously in The Lancet.[1]  The Symplicity Spyral system is investigational in the United States and Japan.

“Data from the SPYRAL HTN-ON MED study is important for the clinical community and for patients with hypertension as it represents a typical scenario of managing uncontrolled hypertension patients, prescribed up to three blood pressure medications,” said David Kandzari, M.D., director of interventional cardiology and chief scientific officer at Piedmont Heart Institute in Atlanta, Ga., co-principal investigator in the SPYRAL HTN-ON MED study, and member of the Medtronic Executive Committee that designed and oversees the SPYRAL HTN Global Clinical Program. “With these new results, mirroring those of the parallel SPYRAL HTN-OFF MED trial, we have convincing evidence at six months showing the continued safety and efficacy of RDN in both the presence and absence of blood pressure medication.”

Renal denervation is a minimally invasive procedure intended to regulate overactivity of nerves that lead to and from the kidney, which plays an important role in managing blood pressure.

The SPYRAL HTN-ON MED Study subjects were prescribed a stable regimen of up to three anti-hypertensive medications, including diuretics, calcium channel blockers, and ACE /ARB inhibitors or beta blockers. Similar to recent studies of uncontrolled hypertension, drug testing indicated that adherence to prescribed anti-hypertensive medication was inadequate as only about 60 percent of patients were found to be taking medications as prescribed. Medication adherence remains a challenge in controlling hypertension in patients, resulting in intermittent blood pressure control that can lead to an increased risk for cardiovascular events.

“We are encouraged by these data showing the procedure may enable a blood pressure-lowering effect 24 hours a day. RDN is essentially ‘always on’ even when the effect of medications may be subsiding between doses,” said Raymond Townsend, M.D., director of the Hypertension Program at the Hospital of the University of Pennsylvania, a professor of medicine in the Perelman School of Medicine at the University of Pennsylvania, and co-principal investigator in the trial. Townsend is a member of the Medtronic Executive Committee that designed and oversees the SPYRAL HTN Global Clinical Program. “These data also show that treatment with RDN in the main renal artery and branches with the Spyral System can help reduce blood pressure.”

Propelled by the momentum of the “ON” and “OFF MED” trials, the global SPYRAL HTN clinical program has now moved into its final pivotal phase.