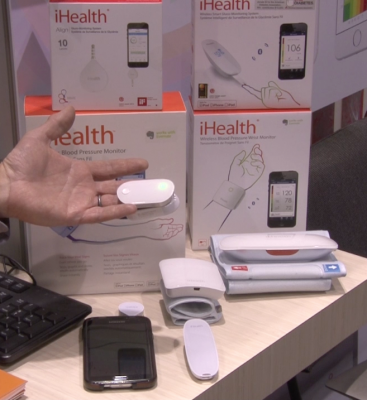 January 4, 2017 — In a study published online by JAMA Cardiology, researchers from Stanford University assessed the feasibility of measuring physical activity, fitness and sleep from smartphones. The goal was to gain insight into activity patterns associated with life satisfaction and self-reported disease.1

Studies have established the importance of physical activity, fitness, sleep and diet for cardiovascular health, yet these studies were completed with time-consuming, in-person measurements with substantial reliance on participant recall. Mobile technology, in particular advances in smartphone sensors, offers a new approach to the study of cardiovascular health and fitness. Direct measurement of activity through always-on, low-power motion chips provides a promising alternative to questionnaire-based approaches.

In 2015, Apple Inc. introduced an open-source framework to facilitate clinical research and standardization of data collection. One of the launch smartphone apps for the framework, MyHeart Counts, is a cardiovascular health study administered entirely via smartphone, incorporating direct sensor-based measurements of physical activity and fitness, as well as questionnaire assessment of sleep, lifestyle factors, risk perception and overall well-being.

"Our study found five main results. First, we demonstrate the feasibility of consenting and engaging a large population across the United States using only smartphones. Second, we show that large-scale data can be gathered in real time from mobile devices, stored securely, transferred, deidentified and shared securely, including with participants. Third, we find that a data set for the six-minute walk test larger than any previously collected could be generated in weeks. Fourth, we report that state transition patterns of activity, not just absolute activity, relate to the reported presence of disease. Fifth, we conclude that there is a poor association between perceived and recorded physical activity, as well as perceived and formally estimated risk," the authors wrote.

"Most important, we also present the major challenges and limitations of mobile health research, including the skewed age and sex of participants, plus the rapid drop-off in engagement over time, with the resulting loss of data collection for several measures. To realize the promise of this novel approach to population health research, participant engagement needs to be optimized to maximize full participation of those who have expressed at least enough interest to download the app and consent to join the study."

Read the article "How Smartphones and Apps May Change the Face of Healthcare."