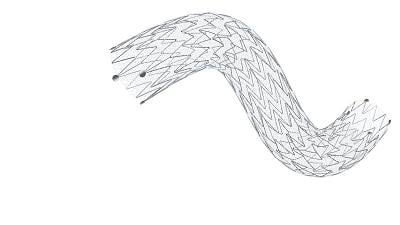 The study, entitled “Clinical Results and Mechanical Properties of the Carotid CGuard Double-Layered Embolic Prevention Stent,” was performed by Prof. Christian Wissgott, M.D. It was published in the Journal of Endovascular Therapy online-ahead-of-print and is available digitally on the journal’s OnlineFirst website section. The OnlineFirst section also includes an accompanying editorial written by Prof. Piotr Musialek, M.D., entitled “Carotid Artery Revascularization for Stroke Prevention: A New Era,” which underscores the use of CGuard EPS as a novel approach to potentially reducing the risk of stroke by avoiding the risks associated with conventional carotid stenting.

Wissgott, assistant director at Westkustenklinikum, Heide, Germany, independently evaluated CGuard properties against other carotid stents and conducted a study in 30 consecutive patients with ICA disease. The average stenosis of the treated arteries was 84 percent with a mean lesion length of 17 mm. The majority of the patients (83 percent) had symptomatic disease. Patients were followed for six months post-procedure and were assessed using a number of variables, including stroke, change in modified Rankin Scale (mRS), CGuard EPS patency, and new ipsilateral lesions as measured by diffusion weighted-magnetic resonance imaging (DW-MRI). Key findings from the six-month study included: