SENTINEL Trial did not reach statistical significance, neurocognitive function was not significantly improved 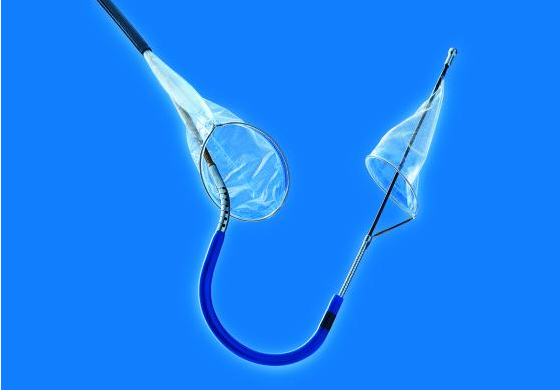 November 7, 2016 – A multicenter randomized trial evaluating the role of embolic protection using the Sentinel device during transcatheter aortic valve replacement (TAVR) found that the device was safe but did not meet the primary efficacy endpoint of reduction in median new lesion volume in protected territories assessed by MRI at two to seven days. In addition, neurocognitive function was not significantly improved.

Findings from the SENTINEL trial were reported at the 28th annual Transcatheter Cardiovascular Therapeutics (TCT) scientific symposium. The study was also simultaneously published in The Journal of the American College of Cardiology (JACC).

Read the article, “Delirium Significantly Associated with Brain Lesions in Patients Post-TAVR.” This is for a second trial presented at TCT for a TAVR embolic protection system, but offered more positive data for the Keystone Heart TriGuard system.

“Despite not meeting its primary efficacy endpoint, the study does provide evidence of device safety and confirms the high-frequency of embolic debris capture with the Sentinel dual filter neuroprotection therapy,” said co-principal investigator Susheel Kodali, M.D. He is director of the Columbia Structural Heart and Valve Center, director of the interventional cardiology fellowship program at the Center for Interventional Vascular Therapy at NewYork-Presbyterian Hospital/Columbia University Medical Center and associate professor at Columbia University College of Physicians and Surgeons. “In addition, there are important lessons from this trial which should impact future research on neuroprotection during TAVR.”

TAVR is an important therapy for high and intermediate-risk patients with severe aortic stenosis (AS). However, strokes remain a concerning complication after TAVR and are associated with increased mortality and morbidity. Claret Medical’s Sentinel transcatheter cerebral embolic protection (TCEP) device consists of two filters within a single six French delivery catheter percutaneously placed from the right radial (preferred) or brachial artery over a 0.014” guidewire. The filters are positioned in the brachiocephalic and the left common carotid arteries before TAVR and are withdrawn into the catheter and removed after TAVR. The SENTINEL trial was designed to assess the safety of the device during TAVR and the efficacy in reducing the effects of cerebral embolization.

The prospective multicenter randomized trial included 363 patients with severe symptomatic AS and planned TAVR who were at high risk for surgery at 17 centers in the U.S. and two centers in Germany. Patients were randomized 1:1:1 into a safety arm (TCEP only) and two imaging cohorts, in which patients were randomly assigned to TAVR with TCEP (device arm) or without TCEP (control arm). Blinded diffusion weighted MRI (DW-MRI) and neurocognitive function assessments were performed in the device and control arms.  Particulate debris from the extracted filters was studied in the device arm and all patients underwent rigorous neurologic evaluations post-TAVR, at 30 days and at 90 days. The primary safety end point was the occurrence of major adverse cardiac and cerebrovascular events (MACCE) at 30 days compared to a historical performance goal.

The study found MACCE (7.3%) in the device and safety arms was non-inferior to the performance goal (18.3%, P-noninferior<0.001) but was not statistically different from the control (9.9%, P=0.41). Despite the finding of histopathologic debris within filters in 99% of patients, which included thrombus, calcification, valve tissue, artery wall and foreign material, all strokes at 30 days were not significantly different in the device and safety arms versus the control arm (5.6% vs. 9.1%, P=0.25). The median total new lesion volume in protected territories was not significantly different in the device arm compared with the control arm (102.8 mm3 vs. 178 mm3, P=0.33). However, there were important confounders identified including transcatheter valve type and baseline MRI lesion volume (marker of baseline cerebral disease burden). After adjusting for these factors, embolic protection resulted in reduction of new lesion volume on MRI.

These was no significant improvement in neurocognitive function associated with embolic protection.  However, there was a correlation discovered between new lesion volume and neurocognitive decline (P=0.0022).

The SENTINEL trial was funded by Claret Medical. Kodali disclosed being a consultant for Edwards Lifesciences.