Use of Levosimendan with Heart-Lung Machine Fails to Improve Outcomes 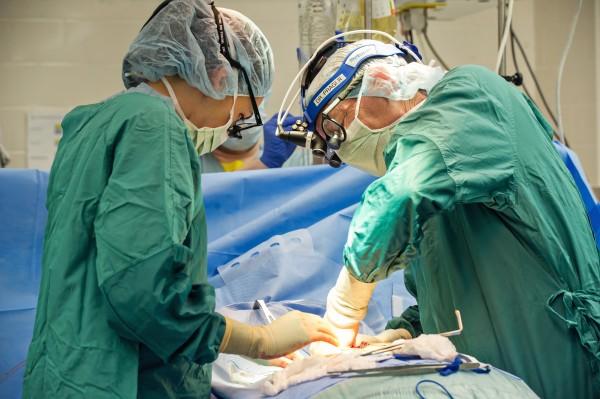 March 28, 2017 — When used as a preventive measure during heart surgery, the heart failure drug levosimendan did not significantly reduce rates of death, heart attack, kidney dialysis or use of a mechanical assist device among patients at high risk for low cardiac output syndrome. These findings were part of a study presented at the American College of Cardiology’s 66th Annual Scientific Session, March 17-19 in Washington, D.C.

Many open-heart procedures, including coronary bypass and valve replacement surgery, require the use of a heart-lung machine, which replaces the functions of the heart and lungs by keeping blood supplied with oxygen while the heart is stopped temporarily during surgery. After the heart is restarted following these surgeries, up to 1 in 7 patients develop low cardiac output syndrome, a serious complication in which the heart cannot pump hard enough to adequately deliver oxygenated blood to the body’s tissues.

Although not approved for any use in the United States, levosimendan, a calcium sensitizing inotrope, is commonly used in other countries for treating heart failure and low cardiac output syndrome in patients undergoing cardiac surgery. This trial is the first large study to assess the use of the drug given before and during heart surgery to try to prevent low cardiac output syndrome and associated adverse outcomes.

“Based on the other promising data that exist for levosimendan in this setting, these results surprised us,” said John H. Alexander, M.D., a cardiologist at Duke Clinical Research Institute and the study’s lead author. “Given levosimendan’s lack of effect on clinically important outcomes in our study, it probably doesn’t make sense to use it routinely prophylactically in patients undergoing heart surgery. Other ongoing trials may help to further inform how levosimendan should be used in patients undergoing cardiac surgery.”

The trial enrolled 882 patients at 70 sites in North America. All patients underwent surgery involving a heart-lung machine and had a left ventricular ejection fraction below 35 percent, a marker of increased risk for developing low cardiac output syndrome. Patients were randomized to receive either an intravenous infusion of levosimendan (442 patients) or placebo (440) starting just before surgery and continuing for 24 hours.

There was some suggestion that patients receiving levosimendan had a reduced rate of death at 90 days compared with those receiving placebo; however, this was not a focus of the study and not statistically significant. Levosimendan was similar with placebo with regard to other pre-specified safety outcomes, which included abnormally low blood pressure, stroke, resuscitation after cardiac death, development of the heart rhythm disorder atrial fibrillation or development of the dangerously fast heart rhythm ventricular tachycardia or fibrillation.

For countries where levosimendan is not available, such as the United States, further studies are likely to be needed to demonstrate clinical benefits of the drug, Alexander said.

The trial, called LEVO-CTS, was funded by a grant from Tenax Therapeutics to Duke University.