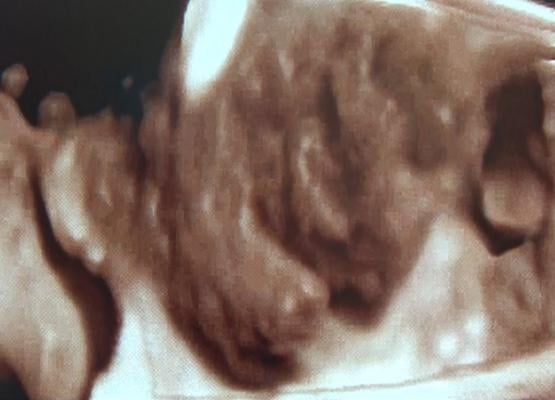 December 7, 2018 — New data from the Phase 3 CASSINI study showed a 60 percent reduction of venous thromboembolism (VTE, or blood clot) events with oral anticoagulant Xarelto (rivaroxaban) compared to placebo in high-risk patients with cancer. The composite primary endpoint of VTE occurrence did not reach statistical significance during the full study period. Bleeding rates were low, though higher with Xarelto.

The late-breaking results were presented at the 60th American Society of Hematology (ASH) Annual Meeting, Dec. 1-4 in San Diego.

"We want patients to focus on treating their cancer and getting better, without the concern and burden of blood clots," said Alok Khorana, M.D., FACP, Sondra and Stephen Hardis Chair in Oncology, vice chair for clinical services, director of the GI Malignancies Program, Cleveland Clinic, and CASSINI lead investigator. "Building on prior research supporting the use of rivaroxaban for the treatment of VTE in patients with cancer, this new CASSINI data signal the role of rivaroxaban in preventing blood clots." Khorana was compensated by Janssen for his role as chair of the CALLISTO advisory council and co-chair of the CASSINI steering committee.

Despite being largely preventable, blood clots remain the second leading cause of death in patients with cancer. The risk of VTE, which comprises deep vein thrombosis (DVT) and pulmonary embolism (PE), is five times greater in people with cancer, and that risk is magnified in those receiving certain types of chemotherapy.1 VTE risk is also highest in the newly diagnosed and in those with more advanced, metastatic disease.2 Recent guidelines issued by the International Society on Thrombosis and Haemostasis (ISTH) and National Comprehensive Cancer Network (NCCN) recommend Xarelto as an option for the treatment of cancer-associated VTE. Currently, no medicine is approved for the primary prevention of VTE in high-risk, ambulatory cancer patients, due to limited clinical data.

Approximately 62.4 percent of patients completed the double-blind trial period from randomization through the end of the study's 180-day observation period, regardless of whether they discontinued the study medication. Withdrawal of consent and death were the primary reasons for discontinuation.

Researchers also examined the primary efficacy composite endpoint in all randomized patients, during the time they were actively taking treatment, known as the 'on-treatment' period. For this pre-specified analysis, Xarelto was associated with a statistically significant 60 percent reduction in VTE events compared to placebo (2.62 percent vs. 6.41 percent; HR=0.40; 95 percent CI, 0.20-0.80; p=0.007). The primary safety outcome, ISTH major bleeding, during the on-treatment period was low across both treatment arms and occurred in 4/404 (0.99 percent) patients treated with placebo and 8/405 (1.98 percent) patients treated with Xarelto; this result was not statistically significant, though the study was not powered to detect a significant difference. (HR=1.96; 95 percent CI, 0.59-6.49; p=0.265).

The following observations were also made:

The CASSINI results add to prior research on the use of Xarelto in people with cancer. A prospective, randomized, open-label, multicenter pilot trial of 406 patients with cancer diagnosed with acute VTE, SELECT-D, found Xarelto was associated with significantly lower rates of recurrent VTE compared to low-molecular weight heparin (LMWH) (4 percent vs. 11 percent; HR=0.43; 95 percent CI, 0.19-0.99). However, six-month cumulative major bleeding rates were higher in the Xarelto group (6 percent vs. 4 percent; HR=1.83; 95 percent CI, 0.68-4.96) as were rates of clinically relevant non-major bleeding (13 percent vs. 4 percent; HR=3.76; 95 percent CI, 1.63-8.69).