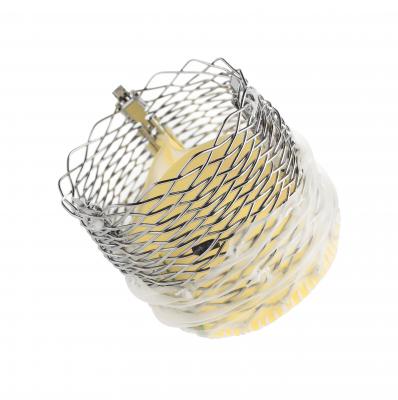 The Lotus Edge valve system is the third TAVR valve to enter the U.S. market. Boston Scientific said the Lotus is the only FDA-cleared aortic valve that gives physicians the option to reposition and completely recapture the valve once it has been fully deployed. It also features a braided wire valve frame and an adaptive seal that minimizes paravalvular regurgitation or leaking (PVL) by conforming to the patient's native aortic valve.

"It is completely removable, retrievable, repositionable and removable up until final release, and this is unique," said Ted Feldman, M.D., MSCAI FACC FESC, who was the principal investigator for the Lotus valve’s U.S. pivotal trial. "You can put it in the locked position where you think it should be and do some assessments, so if you don't like it there is no penalty, just take it out."

Lotus vs. CoreValve in the FDA Pivotal​ Trial 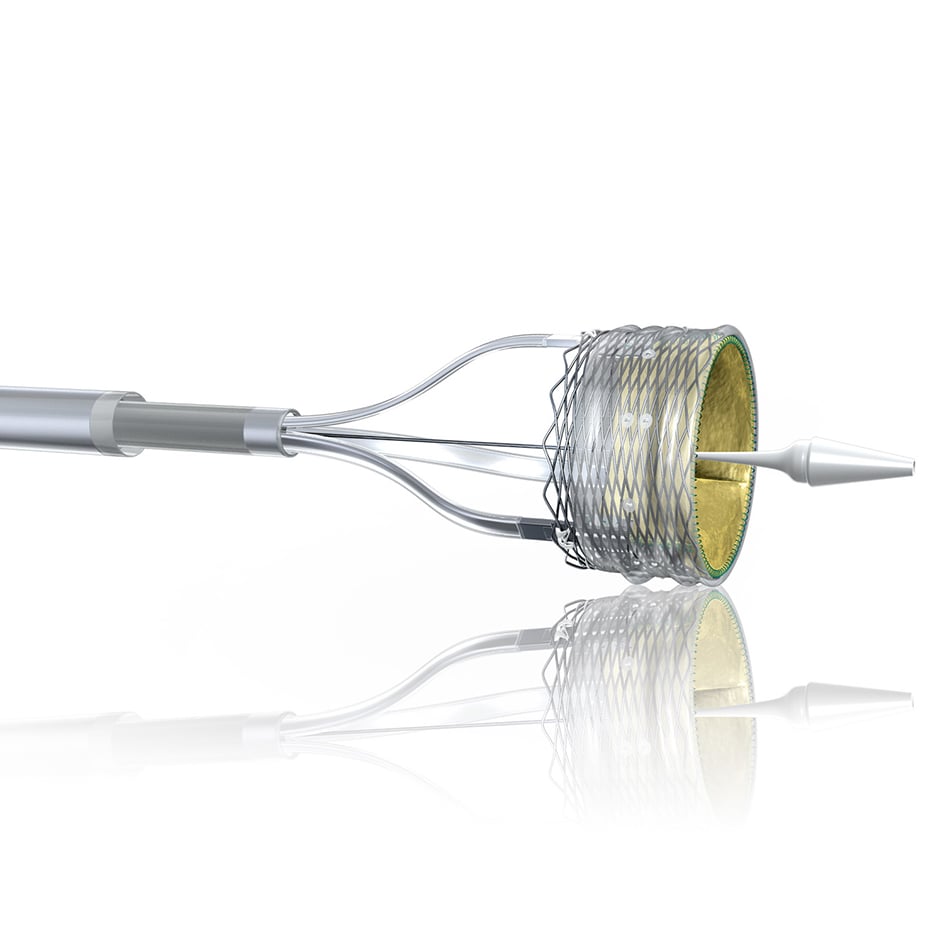 The FDA clearance was based on the data REPRISE III clinical trial. The trial showed the Lotus matched or outperformed the Medtronic CoreValve TAVR system for the primary safety and performance endpoints.[1] This was a randomized trial that included  912 patients with a the primary safety end point of 30-day mortality and major adverse clinical events.

Feldman said the REPRISE III study showed Kaplan–Meier safety curves for death and stroke basically overlie one another between Corevalve and Lotus. "The major stroke rate for the CoreValve was around 7 percent, compared to about 3.5 percent for the Lotus valve," he said. "And the importance for that particular endpoint is not to look at what happened on the CoreValve side, but to say that the ability to reposition or recapture the Lotus valve did not come with a stroke penalty, and that is really important." 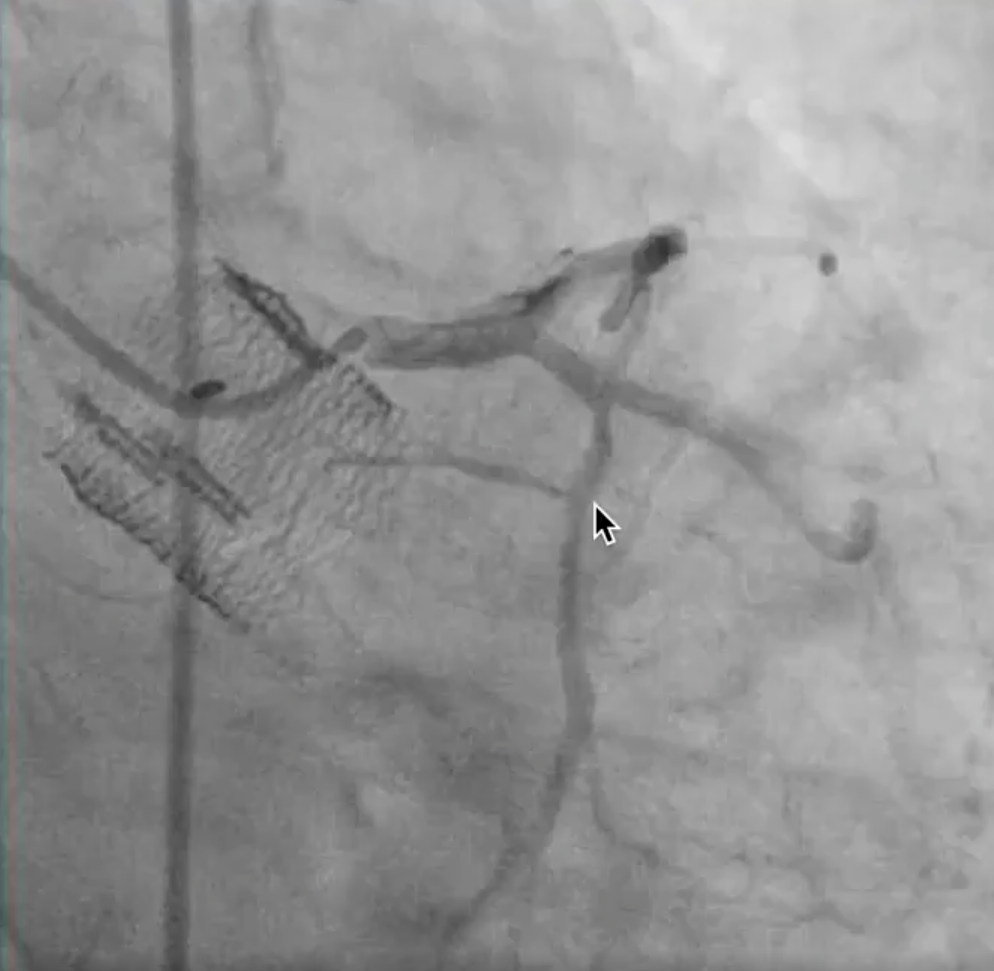 Paravalvular leak (PVL) was included as one of the primary endpoints in the REPRISE III Trial. Feldman said effectiveness in terms of the at 12 month endpoints for PVL, death and stroke rates met non-inferiority. But, he said a subsequent superiority analysis showed superiority over CoreValve because of lower PVL rates in patients who recieved a Lotus valve.

"PVL was included in the primary endpoint because it does impact long-term survival," Feldman said. "There its a very clear association between a decrement in survival benefit and moderate to severe paravalvular leak."

Feldman explained in the REPRISE III Trial, CoreValve had a PVL rate of 6.9 percent and Lotus was 0.9 percent. During the trial the comparator CoreValve device changed to the newer generation CoreValve Evolut device. The PVL rate was better with Evolut than the original CoreValve device, but not as good as Lotus.

How Does the Lotus TAVR Valve Work?

The Lotus TAVR device uses a self-expanding stent frame made from a single strand of woven nitinol wire, explained Feldman. Unconstrained in air, the frame is 4 cm long and it doubles in length when drawn into its delivery catheter system. Deployed, it is 19 mm high. The frame expands into shape when initially deployed from the delivery catheter and can be seen on angiogram to position it in the aortic valve annulus landing zone. The valve delivery system then compresses the spring-like stent frame and uses a buckle and post system that locks in place, similar to a seatbelt. This compresses the wire frame in its final position in the anatomy. When compressed, the frame expands outward to seat the valve frame in the aortic annulus.

At the base/distal end of the device, it has a polyurethane membrane adaptable seal to prevent paravalvular leaks. Feldman said as the stent frame shortens under compression, the membrane wrinkles up and fills the interstices around the valve.

While transcatheter valves have solved numerous problems associated with surgical valve replacement, a new problem encounter with these devices is the need for pacemakers in some patients following TAVR implants. This is due to the pressure required to expand the stent frames of the valve against the valve annulus, which can sometimes press against the hearts natural pacing nerves, causing a need for a mechanical pacemaker.

Feldman said the first generation version of the Lotus had a high pacemaker rate of about 29 percent.

The radial pressure used to hold the Lotus in place is a little greater than the Corevalve, and in between the Corevalve and the Edwards Sapien TAVR valve, Feldman stated.

He said the first generation Lotus device shortened toward the middle of the stent frame. This could cause the distal portion of the frame to be pushed down and hang into the open space of the left ventricular outflow track (LVOT).

Landing the valve a little higher up was found to prevent this prevent this distal overhang at some centers, but Feldman said there was a call from users to redesign the Lotus valve to prevent issue and help lower pacing rates.

What Caused the Delay in FDA Clearance of the Lotus?

Based on the operator experience in the REPRISE III trial, Feldman said Boston Scientific redesigned the Lotus valve to help reduce pacemakers rates. The current version off the valve cleared by the FDA now "parks" the distal end of the valve just below the annulus and the device now shortens from the top down rather than from the center. Feldman said this newer Depth Guard system helped lowered pacing rates to about the 12-16 percent range.

Boston Scientific also changed the design of the delivery guide catheter, making it much softer to put less force on the septal side of the deployment, he said.

Originally the company had hoped for FDA final clearance no later than mid-2018 with the delays required by adding the new version of the device, but the review took about nine months longer than expected.

The FDA approval of the Lotus Edge valve system adds to the Boston Scientific suite of structural heart product solutions –  including the Sentinel Cerebral Protection System and the Watchman Left Atrial Appendage Closure Device — available in the U.S., as well as the Acurate Neo Aortic Valve System in Europe.

Aortic valve disease results in dysfunction of the aortic valve, one of the four valves that control the flow of blood in and out of the heart. Aortic valve stenosis is the process of thickening and stiffening in the valve, which can result in an abnormal narrowing of the aortic valve opening and reduction in blood flow. Aortic stenosis is the most common valvular heart disease in the world, affecting approximately 7 percent of the population over age 65.[2] From the onset of severe aortic stenosis symptoms, the average survival rate is 50 percent at two years and 20 percent at five years without aortic valve replacement.[3,4]