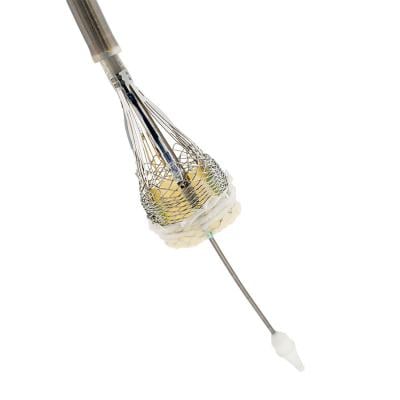 February 23, 2018 — Boston Scientific announced In November 2017 a delay to timelines for commercialization of the Lotus Edge Aortic Valve System in Europe and the U.S., and in a Feb. 1, 2018, conference call the company said its new goal is to launch the Lotus in both markets in 2019, pending final testing and regulatory approvals.

After initiating a voluntary recall for the Lotus and Lotus Edge Aortic Valve Systems earlier in 2017, Boston Scientific implemented manufacturing process and design specification changes to the Lotus Edge delivery system with the intent of re-introducing the product in Europe by the first quarter of 2018 and filing the final Pre-Market Approval (PMA) module with the U.S. Food and Drug Administration (FDA) by January 2018.

The company updated the status of the Lotus Edge Valve during its fourth quarter 2017 earnings conference call on Feb. 1, 2018. Boston Scientific said it will continue to work closely with the U.S. and European regulatory bodies to share pertinent updates about these delays and impact to submission timing.

Watch the VIDEO: Clinical Outcomes With the Lotus TAVR Valve