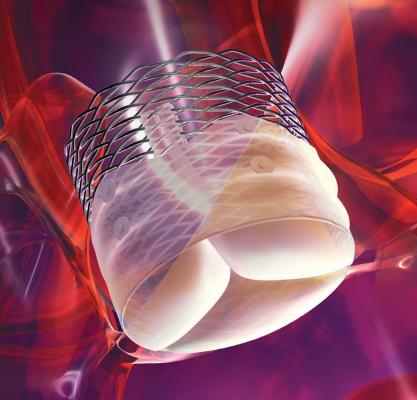 The REPRISE III clinical trial data will be used to support U.S. Food and Drug Administration (FDA) premarket approval for the Lotus Valve.

The primary effectiveness endpoint, a composite of all death, disabling stroke and moderate or greater paravalvular aortic leakage (PVL) at one year, was lower with the Lotus compared to the CoreValve platform (16.7 vs. 29%, p<0.001). The Lotus also demonstrated non-inferiority to CoreValve platform for the primary safety endpoint which was a composite of all-cause mortality, stroke, life-threatening and major bleeding events, stage two or three acute kidney injury or major vascular complications through 30 days.

The pre-specified secondary endpoint demonstrated the Lotus Valve system had significantly lower rates of moderate to severe PVL occurrences when compared to the CoreValve platform (2 vs. 11.1%, p<0.001).

“The excellent results seen in this large randomized trial, particularly the superior performance in efficacy and the continued demonstration of low PVL rates, further establish the advantages of the Lotus Valve system,” said Ted E. Feldman, M.D., director, cardiac catheterization laboratory, NorthShore University HealthSystem in Evanston, Illinois, and co-investigator of the REPRISE III trial. “With the Lotus Valve system, I have confidence that I can position the valve accurately in every case and achieve good outcomes for my patients.”

REPRISE III is the first head-to-head pivotal study comparing two different TAVI platforms: the Lotus Valve system and the CoreValve platform, including both CoreValve and EvolutR. It is a multi-center, randomized controlled trial that included 912 patients from the United States, Europe, Canada and Australia with severe aortic stenosis who were considered to be at high or extreme risk for surgical valve replacement.

“We are very excited by the performance of the Lotus Valve system in this trial as it represents a crucial piece of clinical evidence for the Lotus platform,” said Ian Meredith, M.D., executive vice president and global chief medical officer, Boston Scientific. “We believe that these data, along with upcoming findings to be shared from the RESPOND and RESPOND Extension studies, can further illustrate the unique clinical benefits that this system offers physicians for the treatment of patients.”

The Lotus Valve System is not available for sale in the United States.