New techniques have emerged over the past year that may help improve cardiogenic shock outcomes, which have remained stagnant for 20 years 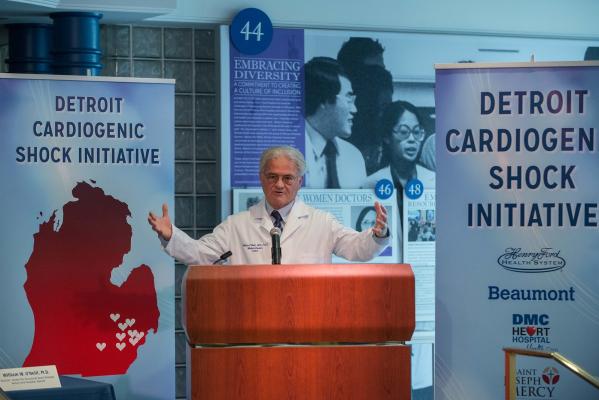 About 50 percent of patients in cardiogenic shock do not survive, and account for about 90,000 heart attack patients a year who show up in hospital emergency departments. Over the past year there has been a  renewed focus on strategies to reduce cariogenic shock mortality, with presentations on the topic making headlines at the 2017 American College of Cardiology (ACC), 2017 Transcatheter Cardiovascular Therapeutics (TCT) and 2018 Society for Cardiovascular Angiography and Interventions (SCAI) meetings.

Cardiogenic shock is a complication that affects about 5-8 percent of heart attack victims in the United States annually. In these patients, the pump function of the heart is severely depressed, causing low blood pressure that leads to organ shut down due to the lack of perfusion. One new approach is the use of rapid, high-volume hemodynamic support to maintain organ perfusion before and during revascularization. The second is adoption of a culprit lesion only strategy for percutaneous coronary intervention (PCI) in cardiogenic shock patients and leaving other lesions alone.

"We know that cardiogenic shock is the most lethal disease in cardiovascular medicine," explained William W. O’Neill, M.D., medical director of the Center for Structural Heart Disease at Henry Ford Hospital. "Left untreated, 90 percent of people with this condition die. With angioplasty over the past 30 years, we decreased this to about 50 percent. It is still a major problem and there have been very few advances in the past 20 years."

The biggest development has been the rapid expansion of a protocol used by several hospitals in the Detroit Cardiogenic Shock Initiative. This effort improved survival in Detroit from 51 percent to 76 percent, which was major news when it was first presented at ACC.17. The initiative has now been expanded nation-wide in the National Cardiogenic Shock Initiative (NCSI). The NCSI was announced just before the 2017 TCT meeting last fall and the response to get involved was immediate. The first dinner meeting of the NCSI at TCT raised so much interest they had to change the venue to a larger location at the last minute.

"The response was really overwhelming," said O’Neill, who is the leader of the Detroit effort and now the NCSI. "There is enormous interest because cardiologists are very frustrated that they can't improve the outcomes in these patients. We have done the same thing for the last 20 years with no improvements, so people are really interested to see if this can improve outcomes."

The key part of the initiative protocol is to immediately implement percutaneous ventricular assist device (pVAD) support using the Abiomed Impella prior to revascularization. Previously, the standard of care was to implement hemodynamic support after revascularization. Impella CP pump has a peak flow of 4.3 liters per minute (L/min). The Impella 2.5 offers Flow of 2.5 L/min. Normal cardiac function produces flow rates of about  5-7 L/min. In 2016, the Impella became the only hemodynamic support device that has FDA clearance for cardiogenic shock.

The program started with 40 hospital sites last fall. O'Neill said data will be collected to assess the impact of the protocol and to see if results are reproducible at various centers around the country.

The protocol is based on data from the Abiomed IQ Assurance Database, a registry that collects and tracks clinical study data on Impella devices. It includes more than 15,000 cardiogenic shock patients treated with the Impella since it was cleared by the FDA in 2009. O'Neill presented an ACC.17 late-breaking presentation on a review of that data that showed survival rates fluctuated wildly by hospital. A third of hospitals experienced a 25 percent survival rate; a third, 50 percent survival; and a third, 75 percent.[1]

“There was a huge variation in outcomes between the centers, between the lowest performing and highest performing centers,” said O’Neill. “But, it looked as though putting the Impella in soon, before you do anything else, is connected to survival.” The hospitals with highest survival rates also used less inotropes and an inserting a right-heart catheter to monitor heart pressure, he added.

Watch the VIDEO "Overview of the National Cardiogenic Shock Initiative," an interview with O'Neill at TCT 2017.

What Role Do IABP's Play in Cardiogenic Shock?

Intra-aortic balloon pumps (IABP) have traditionally been used to support patients in cardiogenic shock. However, O'Neill said these systems augment the blood flow produced by the heart's own pumping action and does not maintain forward flow of blood in the body like the Impella. "Balloon pumps don't really supply very much forward cardiac flow," O'Neill said. "If you look at the randomized trials, they provided about about 0.5 L/min of forward flow, which is really negligible for improving forward cardiac flow."[2,3]

A European study was announced last December to use extracorporeal membrane oxygenation (ECMO) machines as a way to hemodynamically support cardiogenic shock patients. The protocol for the EURO SHOCK Heart Attack Study is similar to the NCSI, where support is implemented first period to revascularization. The research team at the National Institute for Health Research (NIHR) Leicester Biomedical Research Centre, U.K., was awarded €6.5 million from the Horizon 2020 European Commission fund for the study. The study includes 12 sites across Europe, including the U.K., Germany, Norway and Spain. The study began this summer and has the goal of providing new evidence to improve cardiogenic shock guidelines at all European hospitals.

"ECMO is sometimes used to treat these patients, but it is often deployed too late and their heart is already very weak," said the head of study, Prof. Anthony Gershlick, professor of interventional cardiology at the University of Leicester and consultant cardiologist at Leicester’s Hospitals. "We will investigate whether using ECMO on patients that suffer from cardiogenic shock immediately after their heart attack will reduce mortality rates and improve their outcomes. There has been world-wide interest in our proposal especially from the U.S. There will be a number of sub-studies that could have far reaching impact on other groups of unwell patients, such as specific MRI (magnetic resonance imaging) proposals.”

Traditionally used in cardiac surgery, ECMO acts as an artificial heart and lungs to provide oxygen to the blood and remove waste gases. The blood is pumped out of the body into the machine and then recirculated in the patient. Gershlick said this allows the patient’s heart and lungs the time to rest and repair themselves.

For more information on this study: www.euroshock-study.eu/

Results from the prospective, randomized, multicenter CULPRIT-SHOCK trial found the strategy of culprit lesion-only PCI reduces the composite of 30-day mortality and/or severe renal failure in patients with multivessel disease and cardiogenic shock complicating acute myocardial infarction.[4] The study randomized 706 patients to either culprit vessel intervention (CVI) versus multi-vessel intervention (MVI) in 649 patients with AMI, CS and MVD that were enrolled in the British Columbia Cardiac Registry (2008-2014). All-cause mortality was evaluated at 30 days and one-year. The primary efficacy endpoint was 30-day mortality or severe renal failure requiring renal replacement therapy. Safety endpoints included assessment of bleeding and stroke. About half the patients had been resuscitated prior to randomization, 62 percent presented with ST-segment elevated myocardial infarction (STEMI), and 28 percent received some form of hemodynamic support.

The rate of the primary composite endpoint was significantly lower in patients assigned to culprit lesion-only PCI compared to immediate multivessel PCI (45.9 vs. 55.4 percent). There was a significant difference between study groups with respect to all-cause mortality (43.3 vs. 51.5 percent), while the difference in the rates of renal replacement therapy was not statistically significant (11.6 vs. 16.4 percent). There were no significant differences in the time to hemodynamic stabilization, length of intensive care unit stay, or requirement for and duration of catecholamine therapy.

“Not only is CULPRIT-SHOCK the largest randomized trial in cardiogenic shock, it is also the first randomized trial to assess a strategy of multivessel PCI versus culprit vessel-only PCI with the option of staged revascularization in this patient population," said Holger Thiele, M.D., director of the Heart Center Leipzig - University Hospital in Leipzig, Germany, who presented the study. "Based on these 30-day results, culprit vessel only PCI reduces mortality or severe renal failure.”

The CULPRIT-SHOCK trial was funded by the European Union, German Heart Research Foundation and the German Cardiac Society.

The review of data from the British Columbia Cardiac Registry at SCAI was a contemporary, real-world analysis that showed lower mortality rates when culprit-only intervention was used in patients with multivessel disease and AMI with cardiogenic shock.[5] PCI of the culprit vessel was associated with improved outcomes, despite the majority of these patients. The study assessed 649 patients who were enrolled in the British Columbia Cardiac Registry (2008-2014).

“The comparison between culprit-only and multivessel intervention is a hot topic of conversation and debate in our field, and the results of our study add to the recent CULPRIT-SHOCK trial and help us better understand the positive outcomes of a culprit-only approach,” said lead author Bilal Iqbal, M.D., Victoria Heart Institute Foundation, Canada. “The CULPRIT-SHOCK trial is the largest body of randomized evidence in the CS population. The recent Korean registry has shown that MVI may be better, but there are differences in the definition of MVI, making comparison difficult. Importantly, in CULPRIT-SHOCK and our study, MVI was defined as non-culprit PCI at the time of index intervention, and CVI was defined as PCI of culprit vessel only at the time of index intervention. Whereas in the Korean registry, MVI included non-culprit PCI, even if it were performed as an in-hospital staged procedure. Thus, it is conceivable that by adopting the definition of CVI used in our study and CULPRIT-SHOCK, the Korean study may have yielded different results.”

Henry Ford Hospital hosts its Hemodynamic Support Conference in June, led by O'Neill, offers live cases and discussions on the protocols and data from the Detroit Cardiogenic Shock Initiative.

A new conference Oct. 12-13, 2018, in Boston will also focus on this topic. The SCAI SHOCK Team-Based Course on Cardiogenic Shock meeting will define strategies to reduce mortality in cariogenic shock patients. That conference is being headed by doctors Srihari Naidu and Manos Brilakis. 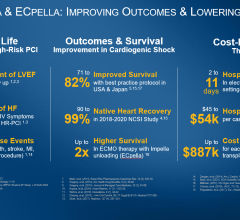 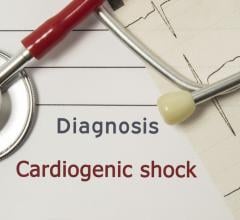 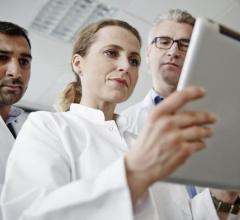 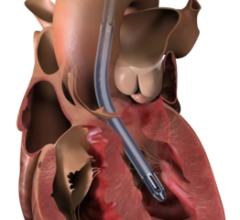 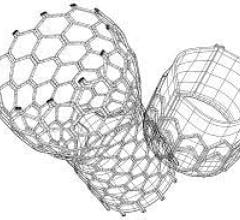 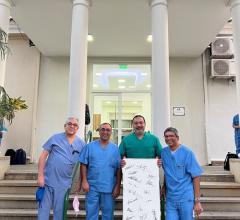 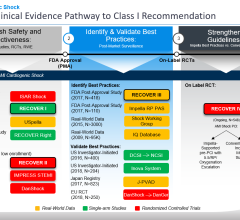 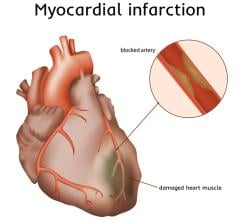 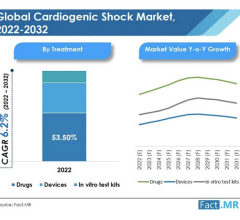 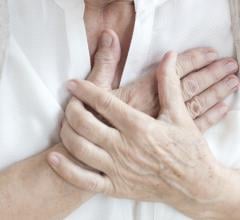