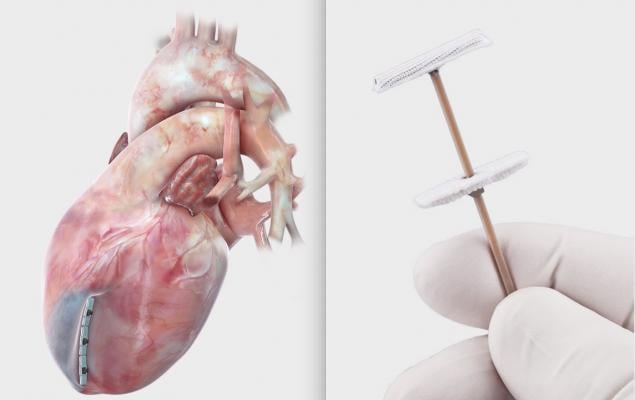 January 22, 2020 – BioVentrix Inc., developer of the first transcatheter device for left ventricular remodeling after a heart attack, announced the extension of its European CE mark approval for the Revivent TC Transcatheter Ventricular Enhancement System for heart failure to May 2024.

"The extension of our CE mark is not only an important milestone for the company, but also validates the need for a novel therapy for patients with left ventricular dysfunction who are among the estimated 10 million people in the European Union suffering from heart failure," said Kenneth Miller, president and CEO of BioVentrix. "It ensures that physicians will continue to have an important, less invasive therapeutic option for these patients.”

The CE mark is issued by the European Commission and allows the device to be marketed throughout European Union (EU) member nations. BioVentrix received its initial CE mark in 2016.

Less Invasive Ventricular Enhancement, or LIVE therapy, uses the Revivent TC System to exclude scar tissue on the left ventricle that has occurred from a heart attack so the healthy portion of the heart can operate more efficiently. Micro-anchors are implanted and designed to remodel the heart to a more normal shape and size and reduce wall stress, which has been shown to improve blood flow throughout the body.[1]

Percutaneous coronary intervention (PCI), which implants a stent, is considered the standard of care for restoring blood flow to the heart after a heart attack. However, 50 percent of patients treated with PCI still develop large left ventricle (LV) scars,[2] which cause the heart to dilate. Enlarged LVs are associated with more severe heart failure symptoms, higher mortality and more frequent re-hospitalization.[3,4,5] Positive remodeling of the heart has been shown to improve LV function and heart failure symptoms.[6,7] The only currently available option is surgical ventricular remodeling, which is highly invasive.

The Revivent TC System is considered investigational and is not approved for sale in the United States.