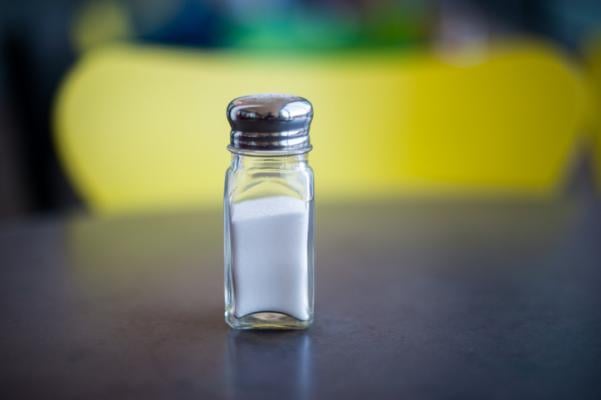 October 6, 2022 —  Findings from a Cleveland Clinic-led trial show that increasing the salt intake by mouth for patients who are hospitalized with heart failure undergoing aggressive diuretic therapy did not affect how much fluid they retain or their kidney function, indicating that salt intake for heart failure patients may not be as harmful as previously thought. Conversely, these new findings may challenge the common practice of salt restriction during hospital admission since that might not be as helpful.

“Since the 1940s we've been taught that salt is the main reason why people become congested with fluid, which led to the idea that we need to keep people low on salt while in the hospital with fluid overload,” said senior author W. H. Wilson Tang, MD, cardiologist in the Section of Heart Failure and Cardiac Transplantation Medicine in the Heart, Vascular & Thoracic Institute at Cleveland Clinic.

“There have even been some reports of potential benefits of infusing salt to facilitate more urination with high-dose diuretic drugs in patients with congestive heart failure.  However, our study did not show such benefits with raising oral salt supplementation and gave us an indication that keeping a low-salt diet during aggressive diuretic therapy may not be as effective as we thought.”

Heart failure is a condition in which the heart is not always able to pump enough blood for the body’s needs. It affects nearly six million people in the United States. Heart failure is a common cause of hospital readmissions and the leading cause of hospitalization for people over 65 years of age.  Most heart failure patients admitted to the hospital experience congestive symptoms such as swelling and shortness of breath from fluid build-up in the lungs.

According to the U.S. Centers for Disease Control and Prevention, an average American diet contains about 4 grams of salt per day. Typically, patients with heart failure admitted to the hospital are restricted to a low salt diet (about 2 grams per day).

When compared to placebo, the addition of up to 6 grams of salt per day -- 2 grams given three times daily during intravenous diuretic therapy -- did not lead to a statistically significant difference in weight change or kidney function at 96 hours or earlier discharge.

There were no statistically significant differences in all clinical or laboratory measures except for less fluctuations in some laboratory measurements in the oral salt intervention group compared to the placebo group.

The OSPREY-AHF trial was funded by the Cleveland Clinic Heart Vascular and Thoracic Institute’s Wilson Grant and the Kaufman Center for Heart Failure Treatment and Recovery Grant.