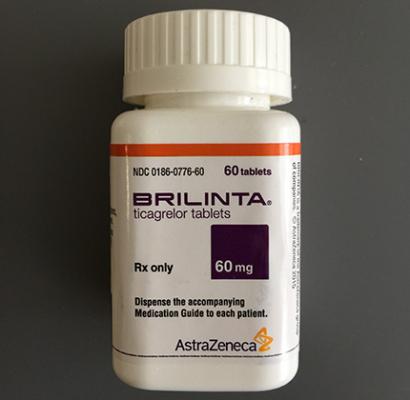 September 10,2019 — The combination of ticagrelor and aspirin reduces ischemic events compared with aspirin alone in patients with stable coronary artery disease and diabetes. The late-breaking results of the THEMIS trial were presented in a Hot Line Session at the European Society of Cardiology (ESC) Congress 2019, Aug. 31-Sept. 4 in Paris, France, together with the World Congress of Cardiology and published in the New England Journal of Medicine.[1]

Senior author Prof. Deepak L. Bhatt, M.D., MPH, of Brigham and Women’s Hospital and Harvard Medical School, Boston, said, “In the overall population studied in THEMIS, the reduction in important ischemic events was somewhat counterbalanced by the increase in bleeding. Therefore, it remains critical to identify which patients are at high ischemic risk, but low bleeding risk, who could benefit from ticagrelor and aspirin.”

Patients with diabetes often develop coronary artery disease, with millions of such patients worldwide. Given the global obesity epidemic, rates of diabetes are increasing – rapidly so in certain parts of the world. Those with both conditions are at high risk of heart attack, stroke and amputations, in part due to an excess tendency for the blood to clot. Aspirin is generally used to decrease this risk, but cardiovascular events still occur at a high rate.

The THEMIS trial examined whether adding the antiplatelet drug ticagrelor to aspirin would reduce the risk of thrombotic events in these patients. The study enrolled 19,220 patients at 1,315 sites across 42 countries in North America, South America, Asia, Africa, Australia and Europe. Patients were 50 years or older, had type 2 diabetes, and had stable coronary artery disease (defined as a history of percutaneous coronary intervention, bypass grafting or angiographic stenosis of 50 percent or more in at least one coronary artery). Patients with known prior myocardial infarction or stroke were excluded.

Participants were randomly allocated to ticagrelor versus placebo, both on top of aspirin. The primary efficacy outcome was the composite of cardiovascular death, heart attack or stroke. The primary safety outcome was Thrombolysis in Myocardial Infarction (TIMI) major bleeding. The median follow-up was 39.9 months.

Pinpointing subgroups of patients who could benefit from ticagrelor plus aspirin is crucial, said Bhatt. “These are the patients at high ischemic risk but low bleeding risk. In particular, those who have previously tolerated dual antiplatelet therapy without any bleeding complications seem to be the best candidates for prolonged therapy with ticagrelor and aspirin.”

He noted that THEMIS-PCI, a prespecified subgroup analysis also presented at ESC Congress and published in The Lancet, identified patients with the best balance of benefit versus bleeding risk. Bhatt said, “In patients with diabetes and stable coronary artery disease with a history of previous coronary artery stenting who have tolerated dual antiplatelet therapy previously without any bleeding, prolonged therapy with ticagrelor and aspirin provides substantial gains in reducing the full spectrum of coronary, cerebral and peripheral ischemic events.”