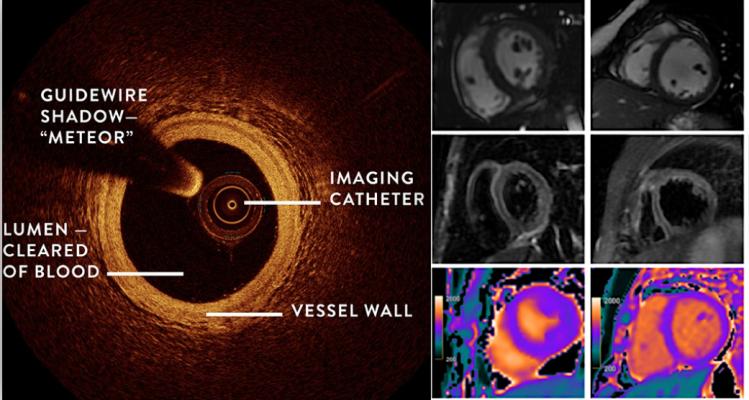 November 17, 2020 — Diagnostic imaging techniques were able to find the underlying cause of heart attack in many women who had no major artery blockage, according to late- breaking research presented at the 2020 American Heart Association (AHA) Scientific Sessions this week.

The Women’s Heart Attack Research Program (HARP) is an international, multi-center study to assess the mechanisms of MINOCA and to try to find the cause of the heart attack in these patients. The study enrolled 301 women who experienced a heart attack but who did not have prior obstructive coronary artery disease and had no visible blockages on an angiogram. Their median age was 60 years, and 50% were non-Hispanic whites.

“Our findings are important because women (or men) with MINOCA have historically been told that since the angiogram is OK, they never had a heart attack. This is entirely wrong for about two-thirds of the women who had both imaging tests, and misleading for one-quarter of the women because we found they had another problem that was not related to blood flow and could be diagnosed via cardiac MRI,” said Harmony R. Reynolds, M.D., director of New York University Langone's Sarah Ross Soter Center for Women’s Cardiovascular Research and an associate professor in the department of medicine at NYU Grossman School of Medicine in New York City.

In this study, women diagnosed with MINOCA received two additional imaging tests:
• Coronary optical coherence tomography (OCT), which is performed as part of an angiogram and uses light waves to take near-photographic quality images of blood vessel walls; and
• Cardiac magnetic resonance imaging (MRI), which shows the areas of the heart muscle that have been injured and whether that injury is related to decreased blood flow, inflammation or another reason.

The results of images from OCTs and cardiac MRIs explained why women had symptoms and blood tests consistent with heart attack for 84% of the study participants:
• Three-quarters of the women with abnormal OCT or cardiac MRI had evidence of heart damage from reduced blood flow.
• The arteries often had ruptured plaque or recently ruptured plaque as a cause of the heart attack. This is akin to a typical heart attack with blocked arteries but with an important difference: the plaques that ruptured were smaller than in a typical heart attack.
• Cardiac MRIs showed evidence of heart damage related to reduced blood flow in more than half of the women overall, and in two-thirds of those with a causal finding on the optical coherence tomography images.
• In 21% of the women, the cardiac MRI showed an inflammatory condition known as myocarditis or another reason for heart dysfunction unrelated to artery blockage or blood clotting. These are alternate diagnoses to heart attack and show the women did not have heart attack in the first place at all.
• For the remaining 16% of the women, both the OCT and MRI scans were normal, and the cause of the heart attack was not found.

“Our findings demonstrate that even if the angiogram does not show substantial artery blockage, when women have symptoms and blood test findings consistent with a heart attack, it is likely a true heart attack and not heart inflammation,” Reynolds said. “Additional imaging tests can get to the root of the problem and help health care professionals make an accurate heart attack diagnosis for women and to ensure they receive timely treatment.”

While the study was not a clinical trial assessing treatments, Reynolds noted, “The results set the stage for future research to find out why women are more likely than men to have MINOCA when they have a heart attack and for clinical trials of treatments.”

Reynolds noted that this study suggests identification of the underlying etiology of MINOCA is feasible and has the potential to guide medical therapy for secondary prevention.

The study was funded by the American Heart Association through a grant from the Go Red for Women Strategically Focused Research Network.

VIDEO: Differences in Cardiac Complications and Presentation Between Men and Women

VIDEO: Use of Cardiac MRI in Congenital and Women's Heart Disease — Interview with Karen Ordovas, M.D.