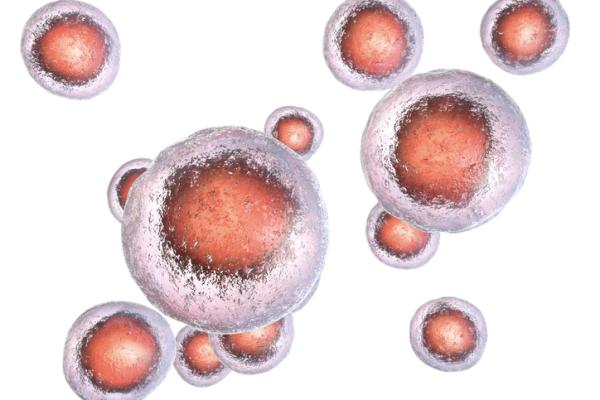 November 19, 2021 — Stem cell therapy helped to reduce the number of heart attacks, strokes and death among people with chronic, high-risk, NYHA class II or III heart failure with reduced ejection fraction (HFrEF), especially among those who have higher levels of inflammation, yet hospitalization was not reduced, according to the late-breaking DREAM-HF trial, presented at the American Heart Association’s Scientific Sessions 2021.

Heart failure is a condition when the heart is unable to adequately pump blood to meet the body’s need for oxygen and nutrients. In heart failure with reduced ejection fraction (HFrEF), the heart muscle enlarges and weakens, resulting in a decrease in pumping ability and fluid buildup in the body’s tissues. Inflammation plays a significant role in the progression of heart failure over time.

This study set out to examine the effects of using stem cells (mesenchymal precursor cells) injected into the heart to target inflammation and treat chronic heart failure. Researchers hypothesized that a single injection of stem cells from healthy adult donors in addition to guideline-directed medical therapy (GDMT) for heart failure would affect the number of times participants were hospitalized for heart failure events and reduce heart attacks, strokes, and/or death.

“Cell therapy has the potential to change how we treat heart failure,” said Emerson C. Perin, M.D., Ph.D., the study’s lead author, the director of the Center for Clinical Research and medical director of the Texas Heart Institute in Houston. “This study addresses the inflammatory aspects of heart failure, which go mostly untreated, despite significant pharmaceutical and device therapy development. Our findings indicate stem cell therapy may be considered for use in addition to standard guideline therapies.”

The “Randomized Trial of Targeted Transendocardial Delivery of Mesenchymal Precursor Cells in High-Risk Chronic Heart Failure Patients with Reduced Ejection Fraction” study also called the DREAM-HF trial, is the largest stem cell therapy study to date among people with heart failure. In this multi-center, randomized, sham-controlled, double-blind trial, researchers enrolled 537 participants (average age 63, 20% female) with heart failure and reduced ejection fraction, which is when the left side of the heart, its main pumping chamber, is significantly weakened.

The study participants were discharged from the hospital the day after the procedure, and researchers followed these participants for an average of 30 months. The study’s focus was to examine if the stem cell treatment affected the likelihood of participants returning to the hospital for treatment of worsening heart failure. They also tracked whether participants had a heart attack or stroke, or died, and measured levels of high-sensitivity C-reactive protein (CRP), a measure in the blood indicating inflammation.

While researchers did not see a decrease in hospitalizations due to the stem cell treatment, they did notice several other significant results. The findings include:

“We were impressed to learn that stem cell treatment effects were additive to current standard heart failure treatments,” Perin said. “For the first time, the known anti-inflammatory mechanism of action of these cells may be linked to a cause-and-effect benefit in heart failure. The stem cells acted locally in the heart, and they also helped in blood vessels throughout the body.”

Perin and colleagues believe further research is needed to better understand how these stem cells may affect the course of progression of heart failure and how these therapies may be directed to the patient groups that could see the most benefits.

Limitations to the research include the selection of endpoints commonly used in heart failure studies. The study’s results suggest that traditional endpoints associated with recurrent heart failure hospitalization do not fully reveal the benefits or mechanisms of these stem cells on heart attack, stroke and death in patients with chronic heart failure.

The study was funded by Mesoblast Inc.