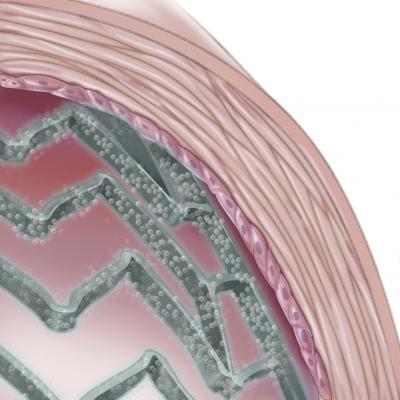 The final, long-term, patient-level data for the Cook Medical Zilver PTX drug-eluting stent (DES) were evaluated to determine if there is an increased mortality risk due to paclitaxel, but was no difference was seen in the five-year mortality rates compared to control patients.

November 6, 2019 – The final, long-term, patient-level data for the Cook Medical Zilver PTX drug-eluting stent (DES) were evaluated to determine if there is an increased mortality risk due to paclitaxel and the results were presented at the 2019 Vascular Interventional Advances (VIVA) meeting. There was no difference in the five-year mortality rates between paclitaxel device treated patients and controls groups, reported Michael D. Dake, M.D., senior vice president for health sciences at the University of Arizona.

The safety of paclitaxel-coated devices, and specifically the Silver, were raised in a meta-analysis published in Journal of the American Heart Association in December 2018. That analysis showed a higher mortality rate at two years post-procedure and prompted the U.S. Food and Drug Administration (FDA) to release a warning letter on the subject in 2019. This late-breaking data presented at VIVA 2019 was assembled to determine if there is a true safety signal or if the data findings were an anomaly.

Because risk factors common in patients with peripheral artery disease (PAD) may collectively contribute to patient prognosis, the contribution of baseline patient risk factors to mortality and freedom from target lesion revascularization (TLR) were also investigated in the Zilver PTX data. Some experts point to the fact that there is no smoking gun showing any single cause of paclitaxel causing high mortality rates. This led some experts to speculate that the patients involved in the trials may simply have higher mortality risk factors and that might be the cause of deaths.

Mortality through five years was compared for the primary randomization groups, which included 40% DES patients in the control group, as well as for the actual treatment groups. Actual treatment analysis compared patients treated with the DES to patients treated with nonpaclitaxel therapies. Imbalances in patient risk factors were considered. Mortality and freedom from TLR were evaluated for DES and percutaneous transluminal angioplasty (PTA)/bare-metal stent (BMS) risk factor groups.

When comparing actual treatment groups, there was no difference in the 5-year mortality rates for the DES group compared to the PTA/BMS group (19.1% vs 17.1%; P = .60). When evaluating potential risk factors for freedom from TLR, the DES showed benefit across the different risk factor groups; a greater relative benefit was observed in groups with fewer risk factors. Analyses of the Zilver PTX DES demonstrated no increase in long-term mortality and support a benefit across different risk factor groups.

The paclitaxel safety concern was a major topic of discussion at the FDA townhall meeting at the Transcatheter Cardiovascular Therapeutics (TCT) 2019 meeting in September. One TCT late-breaking study also showed there was no safety issue with the Lutonix 035 drug-coated balloon (DCB). Read more details in the article "LEVANT Trial Data Shows Safety of Drug-Coated Balloon at TCT 2019."