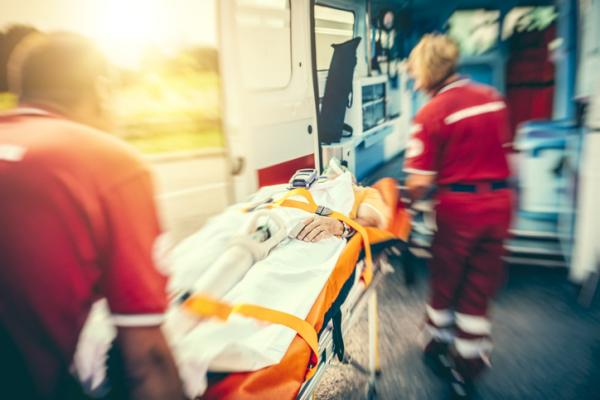 September 1, 2022 — A target blood pressure of 77 mmHg provides no benefit to survival or neurological outcome in comatose cardiac arrest survivors compared with a 63 mmHg target, according to late breaking research presented in a Hot Line session at ESC Congress 2022.1

Comatose patients admitted to hospital after resuscitation from out-of-hospital cardiac arrest have a significant risk of death and poor neurological outcome due to hypoxic brain injury. Previous studies have focused on the temperature aspect of treatment guidelines2 but there is limited research on optimal mean arterial blood pressure targets in cardiac arrest survivors receiving intensive care.

The BOX trial therefore investigated two different mean arterial blood pressure targets that are frequently used in clinical practice. The trial had a factorial design which also examined the effect of two oxygen targets during mechanical ventilation (reported in another ESC Congress presentation).3 The blood pressure intervention was double-blinded and the oxygenation intervention was open-label. The study was performed at two Danish high volume cardiac arrest centers.

The trial included 789 comatose adults admitted to hospital after resuscitation from out-of-hospital cardiac arrest of presumed cardiac cause. The average age of participants was 63 years and 81% were men. On arrival at the intensive care unit (ICU), patients were randomized 1:1 to a blood pressure target of 63 mmHg or 77 mmHg during targeted temperature management.

The double-blind design was achieved by randomly allocating blood pressure monitoring devices that had been offset to show either 10% more or 10% less than the true value. For all patients, ICU staff targeted 70 mmHg on the monitor by titrating noradrenalin drips, resulting in an actual target of 63 mmHg in half of the patients and 77 mmHg in the other half. The allocated blood pressure targets were maintained for as long as the blood pressure was invasively monitored during the ICU stay. The use of additional vasopressor or fluid therapy was left at the discretion of the treating physician. Patients received standard targeted temperature management for 24 hours at 36 °C.

The primary endpoint was a composite of all-cause mortality within 90 days or discharge from hospital in a state of Cerebral Performance Category (CPC) 3 or 4 (defined as depending on others for daily activities or worse), whichever occurred first. The primary endpoint occurred in 133 (34%) patients in the 77 mmHg group and 127 (32%) in the 63 mmHg group (hazard ratio 1.08; 95% confidence interval 0.84–1.37; p=0.56).

1BOX – optimizing blood pressure in post-resuscitation care will be discussed during Hot Line Session 2 on Saturday 27 August at 08:30 to 10:00 CEST in the Barcelona auditorium.