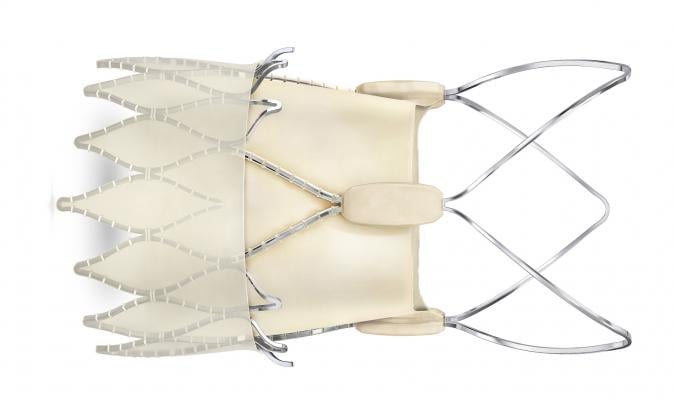 The new data was reflected in the the investigator-initiated Early neo2 Registry and ITAL-neo Registry studies.[1,2]

Key findings from this retrospective analysis of 554 patients from 12 European centers included:
• 1.3% post-operative moderate/severe PVL rate which was lower than the rate observed in prior studies with the Acurate neo device. The mild and none/trace PVL rates were 33.3% and 65.4%, respectively.[3]
• 6% in-hospital PPI rate
• 2.1% in-hospital stroke rate
• 1.3% mortality rate at 30 days and excellent hemodynamics (mean gradient of 9mmHg)

Early neo2 Registry data were further evaluated in a separate quantitative assessment of angiographic aortic regurgitation in 228 patients treated with either the Acurate neo valve system or Acurate neo2 valve system, also presented by Rück at EuroPCR as a poster.[4]

This equates to a 56% relative reduction in the mean aortic regurgitation fraction.

The Acurate neo2 Valve System received CE Mark in 2020 and is indicated for patients with aortic stenosis – with no specified age or risk level – who are considered appropriate candidates for transcatheter aortic valve implantation by their heart team, including a cardiac surgeon.

Boston Scientific is currently enrolling patients in the ACURATE IDE, the pivotal U.S. trial evaluating the safety of the Acurate neo2 Aortic Valve System. In April 2021, the company received FDA approval to modify the trial design to study patients with severe, symptomatic aortic stenosis who are at low risk of open-heart surgery, in addition to those at intermediate, high and extreme risk.

In the U.S., the Acurate neo2 Aortic Valve System is an investigational device and not available for sale.

The first-generation Acurate Neo valve had poor results in two late-breaking trial presentations at TCT 2019 when compared to the current generation Sapien and CoreValve systems. Boston Scientific had already redesigned the valve to solve the performance issued and introduced the Acurate neo2 by the time these trials were presented.

The SCOPE I Trial of the Acurate Neo versus the Sapien 3 in patients with severe aortic stenosis did not meet non-inferiority.

"The device was designed as a hybrid valve, blending the benefits of a self-expanding device with having specific annular contact with the aim of lowering pacemakers and stroke rates," explained Chandan Devireddy, M.D., at the 2019 meeting. He is cath lab director at Emory University Hospital Midtown, and a spokesman for the Society of Cardiovascular Angiography and Interventions (SCAI). "The data was not a happy story. It was designed as a non-inferiority trial, and it did not meet that. Instead it showed it was inferior against the Edwards Sapien valve."

He said the poorer outcomes were mainly driven by a higher rate of kidney injury, possibly from use of more contrast, and a high rate of paravalvular leak (PVL).

"Now we are in the third, if not the fourth, generation world of transcatheter devices. So that high a level of moderate PVL as seen in the Acurate Neo trial, it is a bitter pill to swallow. In 2019, the current generation of the Accurate Neo is not ready for prime time," Devireddy said.

He did note stroke rates were lower with the new device and that Boston Scientific has already developed a second generation device. The new version of the Accurate Neo valve has additional material at the base designed to reduce PVL. The new data presented at EuroPCR 2021 confirm the deign change led to much better outcomes.